Feedback will open a new window 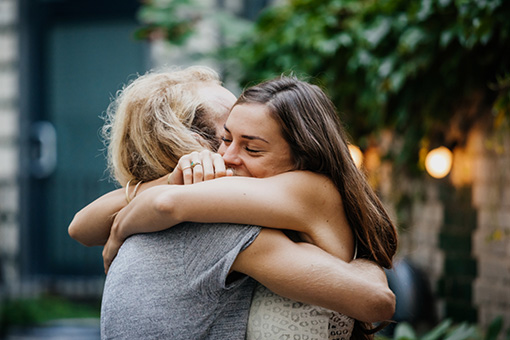 Medicaid is a state and federal government program. It gives free or low-cost health coverage to millions of Americans. It also varies per state, so we recommend checking your state’s website to learn more.

Who does Medicaid cover?

Medicaid covers some low-income people, families, and children. It also covers pregnant women, the elderly, and people with disabilities. Some states cover people who make less than a certain amount of money. But, even if you don't qualify for Medicaid based on income, you may qualify for your state's program.

When can I apply for Medicaid?

You can apply for Medicaid any time of year.

How can I find out if Medicaid covers my medication?

Medicaid might cover your medication. Since information varies by state, we recommend contacting the state directly or going to its website.

If you have Medicaid, we can help you learn if your medication is covered and how much it will cost.

Can I qualify for both Medicare and Medicaid?

People who qualify for both Medicare and Medicaid are considered "dual eligible." This means that both programs can cover most of your healthcare costs and you might qualify for special kinds of Medicare plans. Visit Medicare.gov to learn more.

WHAT IS SIMPONI ARIA® (golimumab)?

SIMPONI ARIA® is a prescription medicine used to treat:

SIMPONI ARIA® (golimumab) is a prescription medicine. SIMPONI ARIA® can lower your ability to fight infections. There are reports of serious infections caused by bacteria, fungi, or viruses that have spread throughout the body, including tuberculosis (TB) and histoplasmosis. Some of these infections have been fatal. Your doctor will test you for TB before starting SIMPONI ARIA® and will closely monitor you for signs of TB during treatment. Tell your doctor if you have been in close contact with people with TB. Tell your doctor if you have been in a region (such as the Ohio and Mississippi River Valleys and the Southwest) where certain fungal infections like histoplasmosis or coccidioidomycosis are common.

Unusual cancers have been reported in children and teenage patients taking Tumor Necrosis Factor (TNF)-blocker medicines. For children and adults receiving TNF blockers, including SIMPONI ARIA®, the chances for getting lymphoma or other cancers may increase. Hepatosplenic T-cell lymphoma, a rare and fatal lymphoma, has occurred mostly in teenage or young adult males with Crohn’s disease or ulcerative colitis who were taking a TNF blocker with azathioprine or 6-mercaptopurine. You should tell your doctor if you have had or develop lymphoma or other cancers.

USE WITH OTHER DRUGS

Tell your doctor about all the medications you take including ORENCIA® (abatacept), KINERET® (anakinra), ACTEMRA® (tocilizumab), RITUXAN® (rituximab), or another TNF blocker, or if you are scheduled to or recently received a vaccine. People receiving SIMPONI ARIA® should not receive live vaccines or treatment with a weakened bacteria (such as BCG for bladder cancer).

Rarely, people using TNF blockers, including SIMPONI ARIA®, can have nervous system problems such as multiple sclerosis or Guillain-Barré syndrome. Tell your doctor right away if you have symptoms like vision changes, weakness in your arms or legs, or numbness or tingling in any part of your body.

Rarely, people using TNF blockers have developed lupus-like symptoms. Tell your doctor if you have any symptoms such as a rash on your cheeks or other parts of the body, sensitivity to the sun, new joint or muscle pain, becoming very tired, chest pain or shortness of breath, or swelling of the feet, ankles or legs.

Serious liver problems can happen in people using TNF blockers, including SIMPONI ARIA®. Contact your doctor immediately if you develop symptoms such as feeling very tired, skin or eyes look yellow, poor appetite or vomiting, or pain on the right side of your stomach.

Low blood counts have been seen with people using TNF blockers, including SIMPONI ARIA®. If this occurs, your body may not make enough blood cells to help fight infections or help stop bleeding. Your doctor will check your blood counts before and during treatment. Tell your doctor if you have signs such as fever, bruising, bleeding easily, or paleness.

OTHER CONSIDERATIONS TO TELL YOUR DOCTOR

Tell your doctor if you have psoriasis.

Tell your doctor if you are pregnant, planning to become pregnant, are breastfeeding, or plan to breastfeed, or have a baby and received SIMPONI ARIA® during pregnancy. Tell your baby’s doctor before your baby receives any vaccine because of an increased risk of infection for up to 6 months after birth.

Please read the full Prescribing Information and Medication Guide for SIMPONI ARIA® and discuss any questions you have with your doctor.

You are encouraged to report negative side effects of prescription drugs to the FDA. Visit www.fda.gov/medwatch, or call 1-800-FDA-1088.